Hamdi AKIN – Chairman of the Board of Directors

Hamdi Akın was born in 1954. He graduated from Gazi University, Department of Mechanical Engineering. In 1976 he founded Akfen Holding, whose main activity area is to invest in, manage and coordinate partnerships and subsidiaries active in infrastructure and superstructure construction, port management, marine transportation, water distribution and waste water services, energy and real estate sectors. In addition to serving as the Chairman of the Board of Directors at Akfen Holding, he is also the Chairman of Board at MIP (Mersin International Port), Akfen Renewable Energy (Akfen Yenilenebilir Enerji A.Ş.), İstanbul Fast Ferries (İDO) and Akfen REIT (Akfen Gayrimenkul Yatırım Ortaklığı A.Ş.). In 1997, he founded the TAV brand to build and operate Turkey's first high capacity airport in the aviation sector, one of the hardest sectors of the world, and he managed the company as Chairman of Board until 2017.

In addition to his private entrepreneurship, Mr. Akın realized projects in infrastructure, energy and investment in scope of privatization efforts. He also carried his dynamism and hard work in business to volunteer efforts and non-governmental organizations as a Manager and founder of many societies, foundations, chambers of commerce. He has served as Vice President of Fenerbahçe Sports Club (2000-2002), MESS-Metal Industrialists’ Union President of Ankara Regional Representatives Council (1992-2004), President of TÜGİAD-Turkish Young Businessmen’s Association(1998-2000), Board Member of TİSK-Turkish Confederation of Employers’ Associations (1995-2001), Board Member of TÜSİAD-Turkish Industrialists’ and Businessmen’s Association President of Information Society and New Technologies Commission (2008-2009) and Board Member of Clean Seas Association/TURMEPA (2011-2018).

Hamdi Akın is a founder of the Contemporary Turkey Studies Chair at the London School of Economics. He is also the Founding Member and Honorary President of the Turkey Human Resources Foundation (TİKAV), founded in 1999 to provide Turkey with well-trained human resources. He is also the Vice Chairman of the Board of Trustees at Abdullah Gül University Support Foundation and member of the Board of Trustess at Support and Education Foundation for Basketball.

Selim AKIN – Vice Chairman of the Board of Directors

Selim Akın, graduated from Surrey University, Business Administration Department in the United Kingdom, and after coming back to Turkey Mr. Akın started his professional career in the Akfen Holding Accounting Department and later served in the Project Development and Finance Departments.

The main projects in which he participated are the privatization and financing of Vehicle Inspection Stations, the privatization and financing of Mersin Port and Akfen Holding’s public offering and bond issue. Besides his Chairman of the Board of Directors role at Akfen İnşaat ve Turizm A.Ş., Mr. Akın also serves as the Vice Chairman of the Board of Directors and CEO at Akfen Holding and its various subsidiaries.

After graduating from Surrey University, UK, in 2010, Pelin Akın Özalp started her career in the Deutsche Bank. Following her return to Turkey, she attended the MT Program of TAV Airports Holdings. Later moving on to the parent company, she has been serving as a Board Member in Akfen Holding as of 2012.

She is an active member of the Board of Trustees and the Board of Directors at TİKAV (Turkish Human Resources Education and Health Foundation) and Vice President of The Duke of Edinburgh’s International Award-Türkiye National Committee. She is also Chairwoman at the Advisory Board of the Contemporary Turkish Studies Chair founded in London School of Economics since 2010.

She has been serving in DEİK(Foreign Economic Relations Board of Turkey) as a Board Member in Spanish, British and US Business Councils. She is also a Board Member of Turkish Tourism Investors Association (TTYD), Turkey Business Women's Association (TIKAD), the Marine Environment Protection Association (TURMEPA) and American Turkish Society (ATS) Boards at the moment.

Previously, her experience entails different Board Memberships in various networks such as Association of Family Businesses (TAİDER) and Turkey Union of Chambers and Commodity Exchanges (TOBB) Young Entrepreneurs Advisory Councils, Association of Women in Board of Directors (YKKD). She was elected as the youngest deputy board member in TUSIAD in 2014.

İrfan Erciyas, graduated from Economics and Finance Department of Gazi University in 1977, has started to work in Türkiye Vakıflar Bankası. After having worked as inspector and Branch manager in Türkiye Vakıflar Bankası, he continued to work as Vice General Manager between 1996 and 2002 and as General Manager between 2002-2003.

Sıla Cılız İnanç, graduated from Marmara University, Faculty of Law in 1995, joined Akfen Holding in 1997 upon having carried out law internship in 1996.

She took part in Public Private Partnership projects (PPP) in Turkey, mergers and acquisitions, worked in concern with infrastructure, construction, energy and competition law. She took an active role in secondary legislation of Public Tender Law. She  worked at every stage of build-operate-transfer projects, transfer of rights/concession and all process of privatizations implementations including tenders and transfers in which Akfen and its subsidiaries participated, also dealt with establishment of financial  structures, facility agreements and both share and bond issues laws and regulations. She conducted company and holding structure works.

Selim Akın, graduated from Surrey University, Business Administration Department in the United Kingdom, and after coming back to Turkey Mr. Akın started his professional career in the Akfen Holding Accounting Department and later served in the Project Development and Finance Departments.

The main projects in which he participated are the privatization and financing of Vehicle Inspection Stations, the privatization and financing of Mersin Port and Akfen Holding’s public offering and bond issue. Besides his Chairman of the Board of Directors role at Akfen Altyapı Holding A.Ş., Akfen İnşaat ve Turizm A.Ş., Mr. Akın also serves as the Vice Chairman of the Board of Directors and CEO at Akfen Holding and its various subsidiaries.

Graduating from the Hacettepe University Faculty of Economics and Administrative Sciences Economics Department in 1990, Bekit completed her master’s degree in International Finance at London’s Webster University in 1992. In the same year she began her finance career in the Finance and Budget department of STFA Enerkom and joined Garanti Bank in 1995, where she served as a manager in Financial Analysis, Marketing and Corporate Loans. She joined Akfen Holding in 1998, where she continues to serve as Deputy General Manager (Finance – CFO).

Graduating from the Hacettepe University İİBF in 2001, Durak began his working life as a junior accountant in the Finance Ministry in the same year. Between the years 2005-2008 he continued his work as a Finance Ministry accountant and special consultant. In the years 2008-2009, he worked as department manager in the Ankara Tax Administration. After completing the Finance master’s program at the University of Illinois in 2010-2011, he returned to Turkey and was appointed in 2012 as a chief tax inspector. In June 2013, he joined Deloitte Turkey where he worked until August 2017 as a certified public accountant in the roles of tax director and partner. Gündoğan Durak has the title of Certified Public Accountant (CPA), registered with the U.S. state of Illinois. He also has CMA and CGMA certificates. He is a member of the TÜSİAD Tax Working Group and the TÜSİAD Investment Environment Round Table. He is currently in the role of Deputy General Manager – Financial Affairs at Akfen Holding A.Ş..

Graduated from Banking and Finance Department of Bilkent University in 1996, Sahanoglu started  her career as a financial analyst at Alternatifbank in 1996. She accomplished a significant expertise in treasury banking at TAIB Investment Bank and Turk Eximbank between 1998-2006. After completing her master’s degree in European Business at EHSAL European University College (Hogeschool Universiteit Brussel & Katholieke Hogeschool Sint Lieven) in 2006, she joined Akfen Holding’s Business Development Department in 2007. Since then, she had been deeply involved in numerous M&A and privatization transactions both on buy and sell side in infrastructure, power, real estate, mining sectors as well as corporate actions such as IPOs,SPOs, bond issues and de-listing. Lately she has been also covering venture capital investments in emerging technologies. 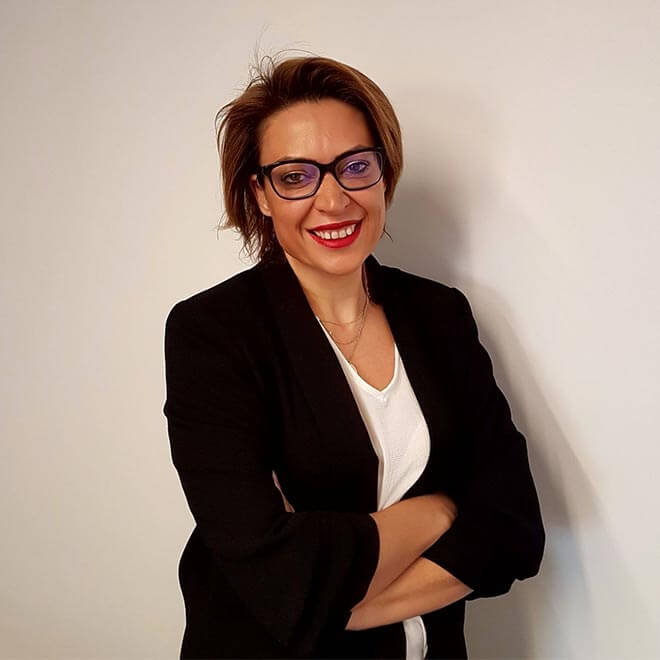 Graduating from the Finance department of Gazi University’s economics and administrative sciences faculty in 1994, Dardağan has worked at the companies İÇ Holding A.Ş., Fırat Plastik A.Ş., DHL Express A.Ş., Çalık Enerji A.Ş. and Farhym-Hymer Plastik A.Ş., which is active in Ankara as a sub- industry of MAN Turkey and with its management base in Germany. She received the title SMMM in 2004. Within Akfen Holding, she began her career in 2006 at Akfen Holding A.Ş. group company Akfensu Dağıtım as Financial Affairs Manager. She continued her career in internal auditing in the management of Akfen Holidng A.Ş. İç Denetim, which was established in 2010 and is currently in the post of Internal Audit Coordinator. 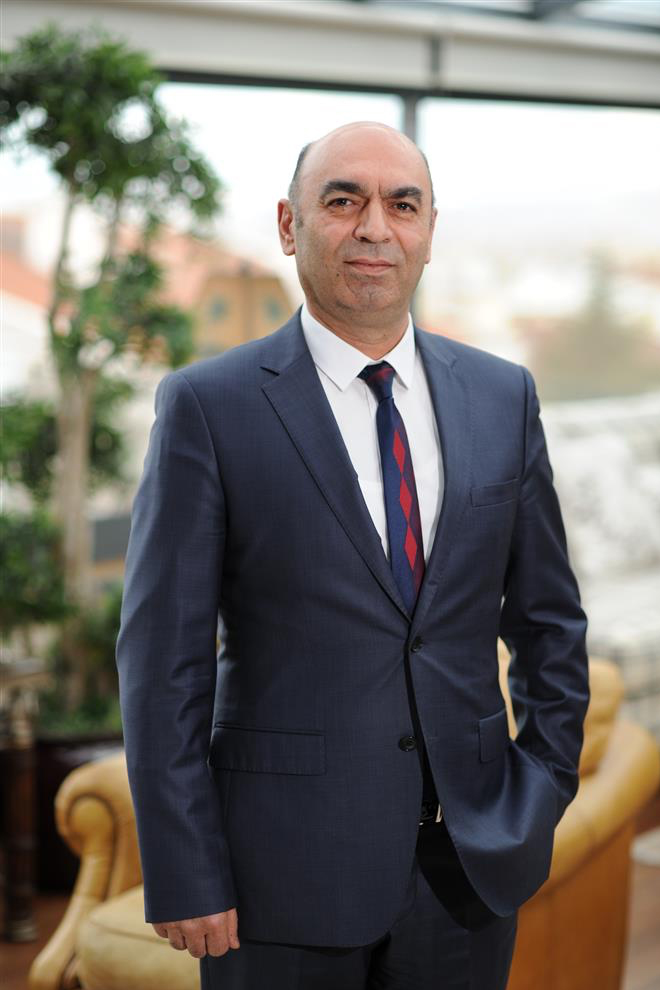 Graduating from the economics department of Anadolu University in 1987, Yüksel served for five years as an accountant in the accounting department of Profilo Holding A.Ş.’s PEG A.Ş. unit. In 1990 he began to work as a general accountant within Akfen Müh. . Müş. Müt. ve Müm. A.Ş.. In 1998 her earned the title SMMM (Independent Accountant and Financial Advisor). On January 13, 2014, he received his Independent Auditor Certificate and was authorized to become an independent auditor. Working in the Accounting Department of Akfen Holding, Yüksel is currently serving as the Accounting Coordinator at Akfen Holding. 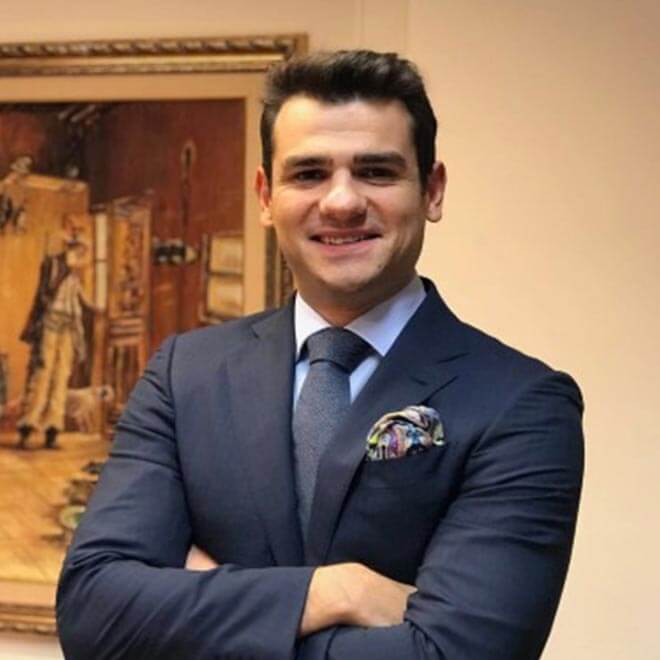 Graduating from the English business department of Ankara Gazi University’s economics and administrative sciences faculty in 2007, Şimşek began his working life as an assistant specialist in the Finance Department of Akfen Holding A.Ş. in 2007. Between 2008-2010 he worked in Akfen Holding A.Ş.’s internal auditing department and as a Finance Department Deputy Finance Manager Akfen Holding A.Ş. between 2010-2012. He took on the roles of Finance Manager at Akfen Yenilenebilir Enerji A.Ş. between and 2012-2016 and at Akfen Altyapı A.Ş. between 2016-2017. Since October 2017, Şimşek has been in the role of Finance Coordinator at Akfen Holding A.Ş. and has played an active role in processes such as internal auditing and reporting in Akfen Holding’s subsidiaries and related partnerships, project finance and refinancing, company mergers and acquisitions, stock and bond public offerings and business development in the renewable energy sector.